Each month, we highlight three quick trends happening in the food and wellness space. This month, we're talking about three rising trends you can find at your local market: natural deodorant, imperfect produce, and hard seltzer. Read on!

Your Anti-Perspirant is the Pits

I never thought I’d see so many armpits in my social feed (which is otherwise filled with images of breakfast, by the way -- a great combo). What’s all the fuss? According to the Times, there are 5 Things Wrong with Your Deodorant. In alphabetical order, they are: aluminum, fragrance, parabens, phthalates, and triclosan. AKA harsh chemicals that can be absorbed into your bloodstream.

All of the hype is giving non-toxic deodorants their time in the limelight. In the interest of our armpit health, and your knowledge, we tried a few of them out. Note: we are office goers (of a frequently warm office), athletes, and regular people just like you. Almost everyone interviewed had tried Schmidt’s, as it’s available in Target, plus if you buy their Charcoal-infused stick you can get two trends in one. Aptly named Humble Brands deodorant is smooth to put on and smells very lavender-y (a plus). Really go all-in on the natural pits trend with Crystal, which is a salt stick that one 214er says “even non-hippies can get into.” Native was an office favorite, along with milk + honey and Weleda (salt-free options available), though note: we did not actually smell each other’s armpits. And of course, there is the O.G., Tom’s of Maine. Some people swear by it, but everyone’s pits are different, so you’ll need to test out various brands and see what keeps yours happy. When in doubt, you can always throw yourself a Pitty Party.

Every year, Americans waste an estimated 40% of the food available for consumption. On top of that, 39% of food waste comes from fruits and vegetables. *Stress eats a crunchy apple after learning these stats.* Enter brands like Imperfect Produce and Hungry Harvest who claim to be helping reduce food waste, lessening the environmental impact of food production, and supporting farmers’ livelihoods by delivering defective produce straight to consumers’ doors. Problem solved, right? Not so fast. Although the facts and figures from Imperfect Produce’s website like “40M pounds of food saved” and “1.2B gallons of water saved” sound pretty compelling, critics of the glamorization of ugly produce have said that these companies are contributing to a “very troubling trend ... that commodifies and gentrifies food waste.” Not only that, but many authorities argue that much of this food wouldn’t have been wasted in the first place, but rather would have been donated to food banks or sold to canned food companies. The New Republic spoke directly to the source, Andrew Rose, a farmer that supplies to Hungry Harvest. He defended Hungry Harvest in his interview, saying, “a lot of times our stuff would get left in the field.” Not only that, but when they called Hungry Harvest to let them know of a surplus of fruits and vegetables they “wound up getting 50 cents on the dollar on it, where [they] wouldn’t have gotten anything on it.” It’s undeniable that the imperfect produce commodification certainly benefits farmers and might even encourage a new generation of farmers to adopt the profession after years of decline. We acknowledge that producing 40% more food than we intend to use is not a sustainable or fair system considering the 23.5% of Americans are living in a food desert. That said, anything that has consumers paying more attention to food waste helps bring awareness to an issue we're only beginning to understand. 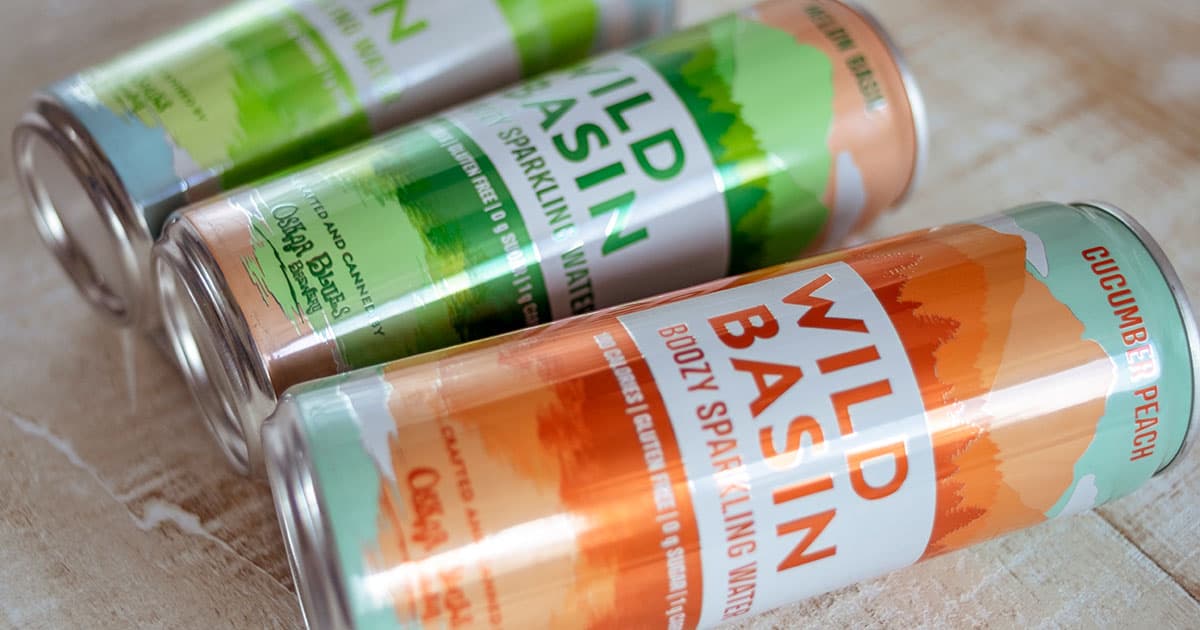 Spring and summer may still be a way off, but that doesn’t mean we haven’t already started daydreaming about ditching our hot tea and lattes for something more suited for poolside sipping. An ice-cold craft beer is great until you realize that your favorite IPA can be pushing 400 calories per pint. Enter: hard seltzer. Thirst-quenching without being a diet-derailer, most of these fizzy libations are much lower in calories and carbs than beer, while still clocking in around 4.5% ABV.

After experiencing 177% growth over the last 52 weeks, according to Nielsen, brands are clamoring to snag a slice of the $520 million spiked seltzer segment. Boston’s Harpoon Brewing is partnering with Polar on a forthcoming hard seltzer line; Oskar Blues recently launched their 0-sugar, boozy bubble water, Wild Basin; while BON & VIV Spiked Seltzer made a splash at the Super Bowl (PS their new botanical flavors are giving me major springtime vibes and I haven’t even tried them yet). With lots of low-guilt and great-tasting brands to choose from, could hard seltzer be on its way to supplanting light beer altogether?

Looking to cut out the alcohol and mix a great mocktail instead? Chill out with Recess, a CBD-enhanced sparkling water or make sure your favorite flavored seltzer is always on-hand with a subscription to Ugly (the peach flavor has me ready to kick my La Croix addiction altogether).

Get more Food & Wellness Trends here, or sign up for monthly updates!

END_OF_DOCUMENT_TOKEN_TO_BE_REPLACED

F
Food Accounts to up your Cooking Game

H
Help! I am a food brand in a pandemic.

B
Biggest Brand Moments of 2019